From the Territories 02 Aug 22

We publish the speech by Chiara Barbieri, mayor of Briga Novarese, in Piemonte, where the free hotspots have been activated and in addition to the Municipalities that have joined the WiFi Italia Project. 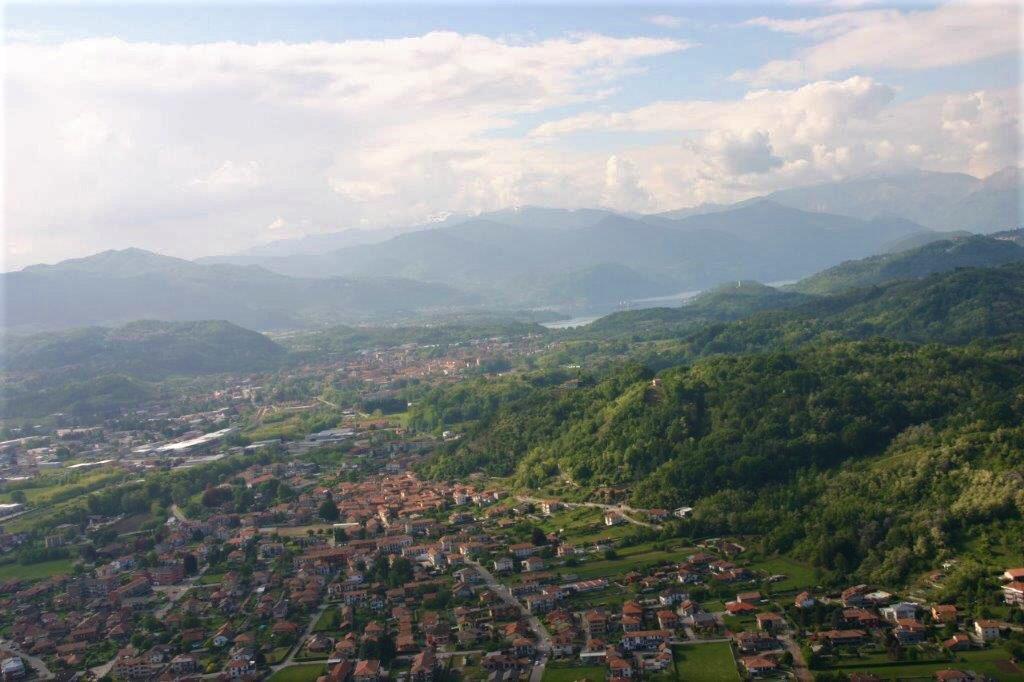 The official history of Brig begins with the first mention of its existence in the concession made by the Emperor Conrad III to Guido di Biandrate in 1140. From that time there is not much else left beyond the repeated imperial concessions of Barbarossa and his successors. , of the treaty of Zottico of 1202 between Novaresi and Biandrate for which Briga passed under the Municipality of Novara with rather heavy conditions both for the fiscal level and for the number of fires (it could not have more than one hundred); then two documents from 1237 remain on the dispute between the excommunicated Anrico and the cleric and presbyter Golzano, a probable consequence of the alternation of Vercellesi and Novaresi in the dominion of our lands. There are also some consignationes to the parish church of Gozzano, through which we know that in the fourteenth century in Briga there were three churches, evidence of a certain importance: the parish church of San Giovanni Battista, San Tommaso and San Colombano.

The ephemeral dominion of the Counts of Biandrate probably did not last more than a century and, in some ways, was the period of greatest importance for Brig, its first opportunity then missed due to the progressive fall of the Counts, first involved in the defeat of Barbarossa then folded by the Municipalities of Novara and Vercelli; the demolition of the tower of the castle of Brig, which was one of the strongest of the Biandrate, can be considered the symbol of this fall; just as the rise of the borgofranco of Borgomanero with the consolidation of the episcopal dominion in Gozzano closed Briga between two forces which it could not oppose. The arrival of the Brusati, Guelphs from Novara who built a tower there, seemed in some ways to offer a further opportunity to the town, but their defeat by the Ghibelline Tornielli, as Azario tells us, immediately eliminated all illusions. The 14th and 15th centuries for Brig were the darkest. The consolidation of the power of the Visconti and their wars with the Marquis of Monferrato did not neglect to cause damage also to Briga, damage that was added to those it had previously suffered from the Novaresi and Torniellis.

From the second half of the 16th century, after the Council of Trent, the compilation of the Books of the established Parish dissolved by the bonds of the Parish as evidenced by the separation of the baptistery granted in 1553, also leaves us some testimony of the men and women of Brig. Despite plagues, soldiers' lodgings, invasions, wars, terrible tax increases, the need to emigrate in search of better fortune, the population began to grow slowly, albeit with ups and downs, until reaching 450 inhabitants at the end of the eighteenth century. In those two hundred years, so difficult, those ancient Brighese renewed the parish church, built or restored another six churches, fortunately leaving only the church of San Tommaso intact despite its progressive deterioration. In that period, for this last verse extraordinary, the characters of the history of Briga or, better, those that we could define as such within the limits of the country, were the last Brusati, the captain Gattico, the chamber feudal lords - Arrigoni, Caxa, Rossi - that we hardly saw in the village and, above all, the parish priests, not so much for the role as for the memories they left us.

The population of Brig, over the past two centuries to date, has even more than sixfolded; the testimonies left to us by these closest predecessors of ours have different characteristics than those left to us by theirs; the churches were no longer the only point of reference, even if the parish church was enlarged in the 1930s. The focus was on services with municipal buildings, new cemeteries, factories, schools, kindergartens, oratories, bridges, roads, sports fields, roundabouts ...

Of course the landscape of Brig has changed a lot: there are almost no more vineyards that covered the hills, no more mulberry trees so widespread until the early twentieth century, there are no more stables; but the places consecrated by the dead of the past have also disappeared without any trace. The oldest were around the church of San Tommaso and then in the Parish Church or around it or in the Ossuary, surrounded by the unfortunate chapels of the Via Crucis, or in the Lazaretto at the top of the village or in the old nineteenth-century cemetery.

Tradition and innovation: in order to pass on the tradition in recent years on the occasion of the tree festival, we have planted several mulberry plants; moreover, a family from Brianza is bringing back a large part of the hill that had now become gerbido to the vineyard. Innovation is an opportunity to provide increasingly efficient services to citizens and to preserve the memory of our history, which is why we decided to join the Wifi Italia project, which allows us to be part of a national, public and free wifi network " .