From the Territories 07 Sep 21

Municipality of San Lorenzo in Campo

We publish the speech by Davide Dellonti, Mayor of San Lorenzo in Campo, in the Marche region, where the free hotspots have been activated and in addition to the Municipalities that have joined the WiFi Italia Project. 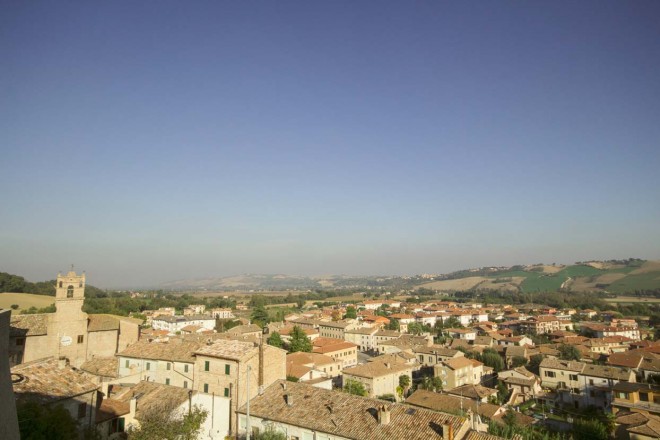 “San Lorenzo in Campo stands among the colorful hills of the Marche, in a splendid rural landscape, in the Cesano valley, a river that bathes the Laurentine lands, on the edge of the rich archaeological area of“ Suasa Senonum". At 209 m above sea level it marks the heart of the valley, being equidistant from the Adriatic Sea and the Umbrian-Marchigiano Apennines.
The municipality also includes two hamlets: Montalfoglio and San Vito sul Cesano, two charming villages surrounded by greenery with wonderful views of the valley.
The historic center retains the original urban plan with internal lanes, access arches and castle walls with towers currently lacking only the battlements. Its history has its roots in the Roman age, which then developed in the Middle Ages. In the highest part stood the fortress, of which fairly legible remains remain, under which the characteristic "Padella" square opens, where the severe Palazzo della Rovere overlooks, home to the Archaeological Museum of the Territory of Suasa and the Mario municipal theater Tiberini, the sixteenth-century Palazzo Amatori and that of the Roman princes Ruspoli. A stone's throw from the Benedictine Abbey, one of the most beautiful Romanesque-Gothic monuments existing in the entire Marche region.
Green flag of agriculture, it has among the crops that stand out for their singularity that of spelled and that of a particular vine from which the famous "Vernaccia" and the tasty local wines Sangiovese and Bianchello are drawn.
Joining the "Piazza Wifi Italia" project is a way to enhance our history and provide new services to citizens and tourists "