From the Territories 01 Jun 21

We publish the speech by Giovanni Di Natale, Mayor of Acate, in Sicily, where the free hotspots have been activated and in addition to the Municipalities that have joined the WiFi Italy Project. 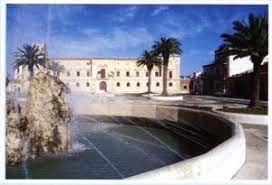 "The history of Acate has its roots in prehistoric times. Some excavations at Poggio Bidine, in the Acatese area, have brought to light a series of huts and a funerary altar dating back to the Bronze Age. Traces have also been found in the area. of Sicilians, Greeks, Romans, Byzantines, Arabs, Normans and Aragonese. The hamlet of Odogrillo represented the first inhabited nucleus of the area. Of this hamlet, probably of Saracen origin, only a wall remains today, called u casali, in Contrada Casale. Important documents dating back to 1278 and 1283 testify to its existence. Subsequently, Odogrillo became part of the fief of the Chiaramonte, with the name of Biscari, and became part of the County of Modica. At this point a period of decline began, probably due to the modest population and the unhealthy marshy conditions in which the surrounding countryside poured. The decline of Odogrillo corresponded to the rise of Casale di Bìscari, which under the Castello family assumes more and more importance as an inhabited center. Biscari would have been founded by Raimondo Castello in 1478, but it was certainly a refoundation, because the town had existed for a long time. Under the Castle, Biscari experienced a period of growth and well-being, due to a moderate agricultural and demographic development, until it assumed a certain importance as an inhabited center. The historian Fazello describes it, around 1555, as a "small fortified center". With the disastrous earthquake of 1693, Biscari was completely destroyed and resurrected in the current site, not far from the original one.

Around 1824 the village became a free municipality. In 1938, on the initiative of Carlo Addario, a local scholar, the name of the town was changed from Biscari to Acate.

Our administration joined the Piazza Wifi Italia project to provide citizens with a service, free connection and being part of a public national network is an important opportunity for Acate "