From the Territories 22 Dec 20

We publish the speech by Roberto Di Pardo, Mayor of Petacciato, in Molise, where the free hotspots have been activated and in addition to the Municipalities that have joined the WiFi Italia Project. 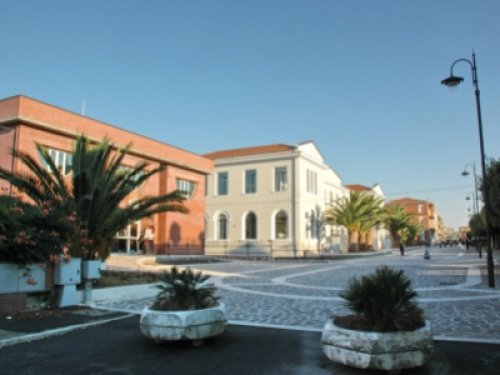 “Petacciato is a lovely town on the Adriatic coast, in the province of Campobasso, which stands on a green hill 225 meters above sea level. From its dominant position it offers a unique and evocative panorama that extends from the Maiella mountains to the Gargano promontory, crossing the archipelago of the Tremiti Islands.

The history of Petacciato is very ancient: in pre-Roman times it was occupied by the Frentani. There have been many denominations: "Petazio", of Greek-Roman origin, means wide-brimmed hat, "Potare", which means to drink in abundance, probably due to the presence of numerous springs in its territory, as well as "Betavium", "Petacciata", "Pitacciato". The territory of Petacciato has always been disputed by various peoples and brigands. It suffered the assaults of the Goths (5th century AD), the Byzantines (6th century AD), the Lombards (VII century AD). The coastal center has been repeatedly destroyed by earthquakes; those that occurred in 1117, 1125, 1456 should be mentioned. The latter, in particular, in the night between 4 and 5 December, caused a terrible destruction of the inhabited center with the consequent death of many inhabitants. A few years of poverty and abandonment of the country followed. In 1463 Petacciato was again razed to the ground by the Angevins only after a few centuries, towards the middle of the 16th century, Petacciato returned to live moments of prosperity. In fact, there were settlements of Slavic populations that guaranteed the repopulation of the territory. It was annexed to the University of Guglionesi. Petacciato, however, can be defined as a "young" town, if one takes into account the fact that it became an autonomous municipality only on December 30, 1923, detaching itself from Guglionesi.

To provide services to citizens and opportunities to enjoy our beauties, we have decided to be part of the WiFi Italia project and the free and free network that Infratel is creating ".