From the Territories 01 Dec 20

We publish the intervention of Enrico Montanaro, Mayor of Baiano, in Campania, where free hotspots have been activated and which is in addition to the municipalities that have joined the WiFi Italia Project. 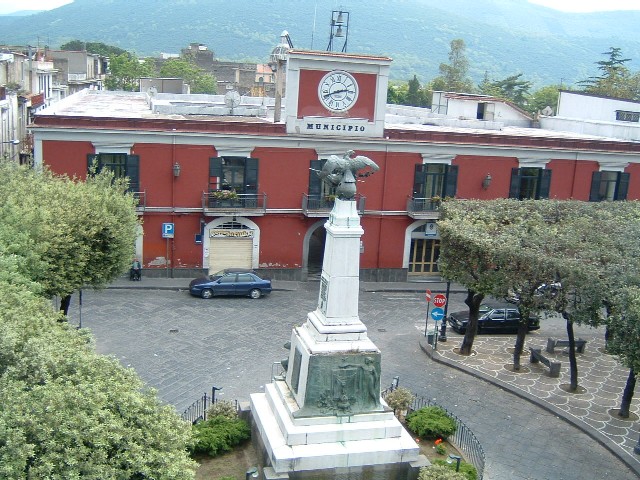 "Baiano rises between the mountains of Avella to the north, Mount Partenio to the east, the archiano forest to the south and the Campana plain to the west. Baiano intersects its history with that of Avella, also enjoying a particularly happy geographical position as it is located between the hills of Jesus and Mary, Campimma, Agliarola, Santo, Torone, Paradina and "Tora". The territory is characterized by the sweetness of the climate, the balsamic air, the abundance of water, the fertility of the soil, the proximity of abundant pastures and rich woods.

The name "Baiano" may derive from a Roman property, praedium Badianum ("farm of Badio"), linked to the nearby center of Abella. In Roman times the territory after being assigned by the Galeria tribe, saw the affirmation in part of the Lombard rule and the duchy of Benevento. Later Baiano was a fief of the Orsini and therefore was part of the barony of Avella, while by the end of the seventeenth century it recovered its autonomy. In 1715 it became an autonomous municipality under the name of Baiano (name it retained until the early twentieth century) and was formerly part of the Province of Terra di Lavoro, that is, the current Caserta.

With the Unity of Italy, Baiano was merged with the province of Avellino for compensation. It had a strong demographic development in the 1800s, thanks also to the inauguration of the Naples-Baiano Railway station.

In the structure of the village takes on particular historical importance the "rione d'e Vesune" (literally "district of the Mink", also called "e Vesune", Italianized "i Vesuni"). The toponym is of uncertain origin: according to oral tradition it derives from the broad or gruff face of the peasants who were its inhabitants; alternatively it could be derived from the "large faces" present in the decoration of the portal of one of the buildings (Palazzo Picciocchi), or from the name of the goddess Vesuna, fertility deity attested mainly to the Marsi. With the opening of the railway line to Naples at the end of the 1800s it had a strong population increase, attracting inhabitants from the Neapolitan and the rest of the Agronolano. Many buildings suffered damage in the November 23, 1980 earthquake and subsequent tremors on February 14, 1981. After reconstruction, it now attracts immigrants, particularly from eastern European countries, and is still growing in population. This is also why we wanted to join with conviction the initiative "Piazza WiFi Italia", created by Infratel Italia and wanted by the Ministry of Economic Development, which allows us to be part of a public Wifi network useful for citizens"